The mannequin was born as a work tool for tailors and artists. But throughout the more than five hundred years of its history, it has gone through different stages to become, also, one more decoration element that can be seen both in store windows and at events.

The history of the mannequin begins to be written in ancient Egypt. During that time, a person with a complexion similar to that of the pharaoh spent long periods of time posing until a garment with the appropriate measurements was obtained so that it could be worn by said authority.

The first molds -or pieces- that imitated a human body appeared in the Middle Ages (historical period between the 5th and 15th centuries), which gives an idea of ​​how old these “sculptures” are.

During that period – specifically in the 14th century – articulated wooden dolls and fashion dolls appeared (preceding the current mannequin) which from then on were used as a way of publicizing the most innovative dresses of the time among the European monarchies.

Mannequins began to be used in fashion schools founded in Paris as sewing mannequins.

EVOLUTION OF MANNEQUINS DURING THE INDUSTRIAL REVOLUTION

In the 18th century, the Industrial Revolution entailed an enormous process of transformation, both economic and social, as well as technological, which gave rise to the appearance of a new social class with purchasing power.

This process also caused merchants to begin displaying their products in the windows of their establishments. What led to the use of mannequins also increased notably: they began to be mass-produced in all sizes and with very varied styles, achieving an increasingly affordable price.

By the mid-19th century, manufacturing was perfected enough to create busts and mannequins that realistically reflected the human anatomy. 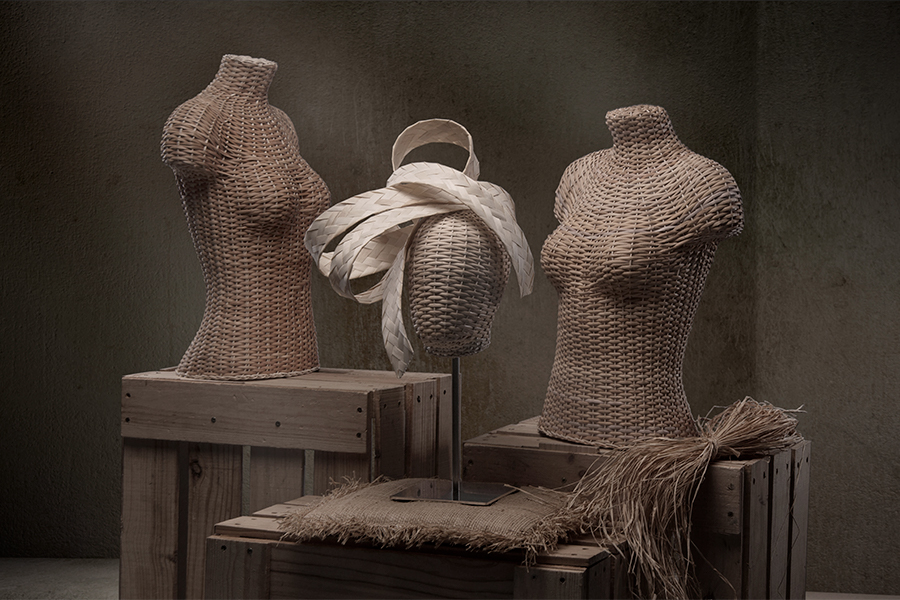 Busts made of wicker

MATERIALS USED FOR THE MANUFACTURING OF MANNEQUINS

The first mannequin models were usually made of rods, wire or wax and were simply busts.

Later, other materials such as wood, wicker or papier-mâché began to be used and the complete anatomy of both men and women was elaborated. It was from 1960, when fiberglass was incorporated into its manufacture. Currently, mannequins made of polyurethane, polyethylene or cork are very common. 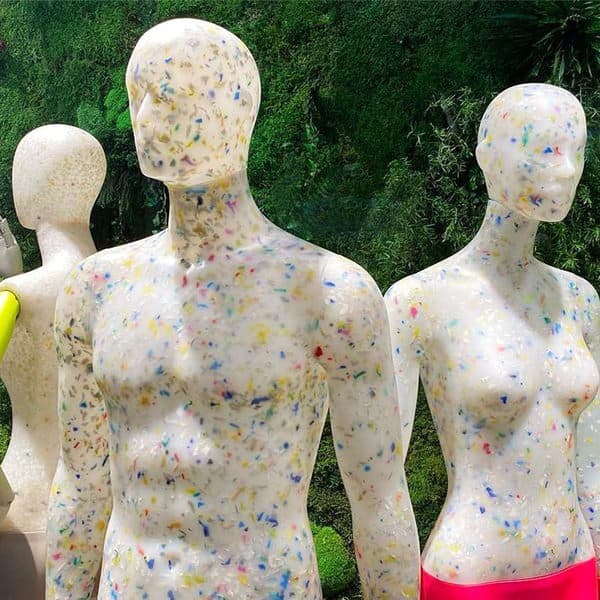 At the beginning of the 20th century, two opposing aesthetics began to coexist in the design of mannequins, which led to an artistic revolution in the concept of mannequins. On the one hand, the mannequins with a realistic aesthetic reflected the canon of beauty and luxury typical of the 1920s and imitated human postures.

Other conceptual proposals also arose that gave rise to sculptures in abstract forms, without features, which made reference to Dalí’s surrealism or Picasso’s cubism. 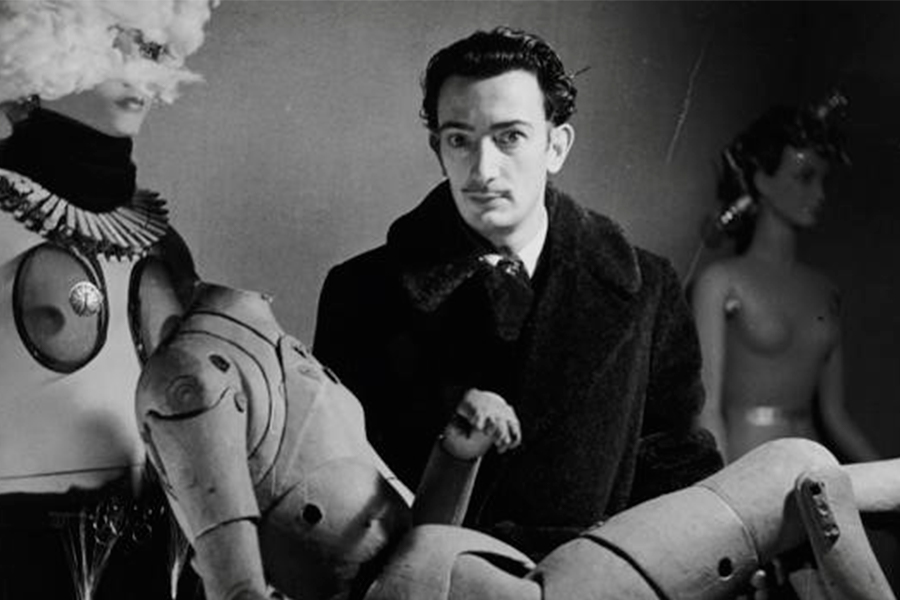 Salvador Dalí and his mannequin at the 1938 International Surrealism Exhibition

Also during the 20th century, the North American businessman Gordon Selfridge began to introduce the language of visual merchandising.

This businessman introduces lighting techniques at night in the windows of his Selfridges galleries (London 1909) and creates themed windows that change periodically depending on the time of year. 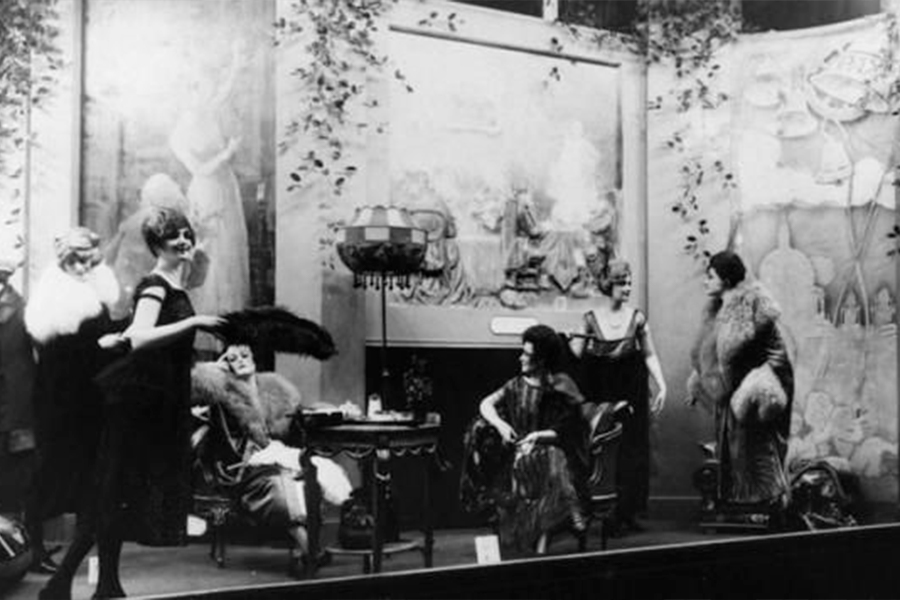 Already in Spain, with the founding of companies specializing in the production and manufacture of mannequins, the implementation of visual merchandising techniques also began in shops throughout the country.

In 1957, a company from Alicante that made papier-mâché dolls began selling life-size dolls as mannequins. This is how Sempere Mannequins appeared, a reference company in the design and manufacture of mannequins that, together with the company Maniquíes Fondevilla (now defunct), represent the beginnings of the mannequin industry in Spain. 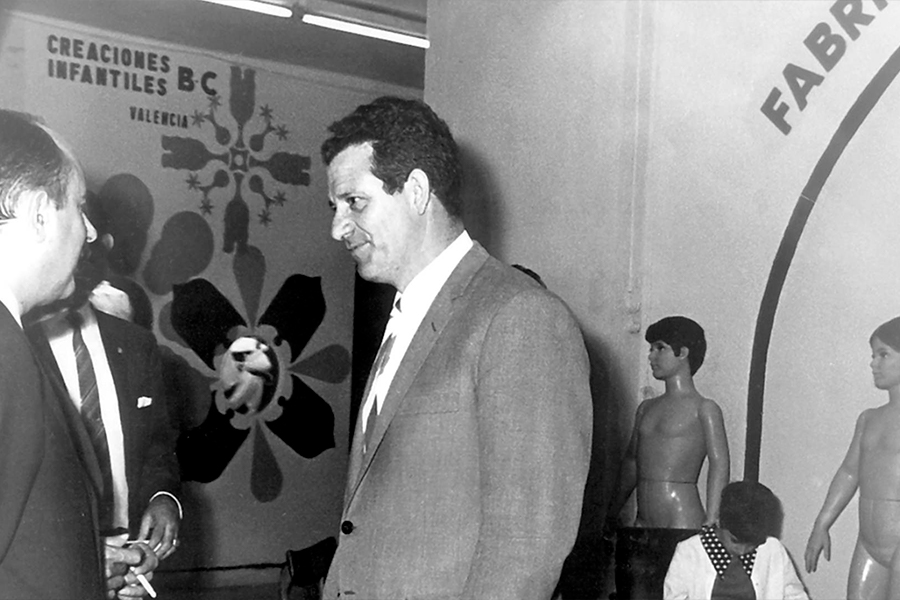 Octavio Sempere presenting a life-size doll in the 1960s.

SEMPERE MANNEQUINS uses its own and third-party cookies, such as profiling, to improve our services, compile statistical information and analyze your browsing habits. You can accept them with the "Accept all" button, configure them with the "Cookie Settings" button or reject their use with the "Accept only necessary" button. Find more information in our Cookies Policy.
Cookie SettingsAccept allAccept only necessary
You can modify your cookie consent at any time by clicking here.

We also use third-party cookies that help us analyze and understand how you use this website. These cookies will be stored in your browser only with your consent. You also have the option to opt out of receiving these cookies. But opting out of some of these cookies may affect your browsing experience.
Necessary
Necessary cookies are absolutely essential for the website to function properly. These cookies ensure basic functionalities and security features of the website, anonymously.
Advertisement
Advertisement cookies are used to provide visitors with relevant ads and marketing campaigns. These cookies track visitors across websites and collect information to provide customized ads.
Functional
Functional cookies help to perform certain functionalities like sharing the content of the website on social media platforms, collect feedbacks, and other third-party features.
Analytics
Analytical cookies are used to understand how visitors interact with the website. These cookies help provide information on metrics the number of visitors, bounce rate, traffic source, etc.
Others
Other uncategorized cookies are those that are being analyzed and have not been classified into a category as yet.
SAVE & ACCEPT
Powered by